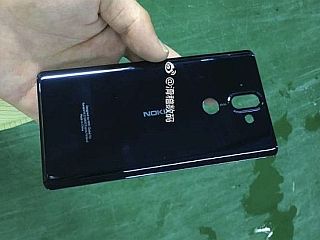 What are the best mobile phones still coming in 2018? We round up the best smartphones set to launch next year, including the Samsung Galaxy S9, OnePlus 6, Apple’s latest iPhones and beyond.

Well, 2017 was an absolutely stunning year for smartphones.

We saw the launch of he likes of the Samsung Galaxy S8 and Note 8, iPhone X, HTC U11, OnePlus 5T, Huawei Mate 10 Pro and plenty more besides, all of which packed incredible performance, sleek design work and awesome features.

Meanwhile we have also seen some great budget blowers, for those on a tighter budget. You still get an enjoyable user experience and impressive power from the Moto G5 Plus, Sony Xperia XA1, Honor 7X and other wallet-friendly mobiles, at a much reduced price.

Trends have been towards even bigger blowers than ever before, with many handsets touching the 6-inch display mark.

In 2018 you can expect more of the same, as bezels shrink and manufacturers use 18:9 aspect ratios for their smartphone screens. This means mobiles will stay relatively skinny, despite those larger panels.

Here’s some of the big launches we’re already expecting in 2018, including any rumours and hearsay that’s floating about.

Pretty much all of the big manufacturers have an Android launch in the cannon, ready to fire our way in 2018. Some of these are expected to be revealed at MWC in February, or around that time at a separate event. Others will be hitting UK stores later in the year.

New Nokia phone manufacturer HMD Global had a busy MWC 2017, launching a range of budget smartphones, while saving the flagship Nokia 8 handset for a summer release.

And while none of these blowers were particularly outstanding, we can certainly recommend the Nokia 8 now that it’s dropped from its original ridiculous asking price.

However, you may wish to hold off just a little longer, as the Nokia 9 may not be far off. This all-new flagship is likely to be a step up in terms of specs and design, while retaining that undiluted version of Google’s Android OS. N Ice.