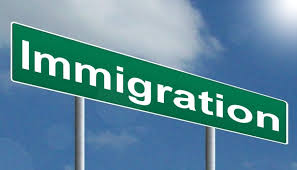 Ministry of Citizenship and Immigration

The Canada-Ontario Immigration Agreement (COIA) creates a new framework to strengthen the long-term partnership between Ontario and Canada to welcome and settle immigrants, boost the economy and address shared humanitarian responsibilities. The agreement outlines the respective roles and responsibilities, and shared immigration priorities in selection policy, program integrity, attraction of French-speaking immigrants, and newcomer and refugee settlement.

In addition, Canada and Ontario also announced a joint effort to help internationally trained newcomers meet provincial requirements to work in their profession. A total investment of up to $91 million in bridge training programs over the next three years, including $70 million from Ontario and up to $21 million from Immigration, Refugees and Citizenship Canada, will help newcomers get the training they need to meet provincial requirements to work in their occupation.

Meanwhile through these initiatives, the Governments of Canada and Ontario are demonstrating a commitment to cooperation to ensure the economic, social and cultural benefits of immigration are maximized in the province. Collaboration between the federal government and provincial partners is a crucial element of the ongoing success of Canada’s world-leading immigration system.