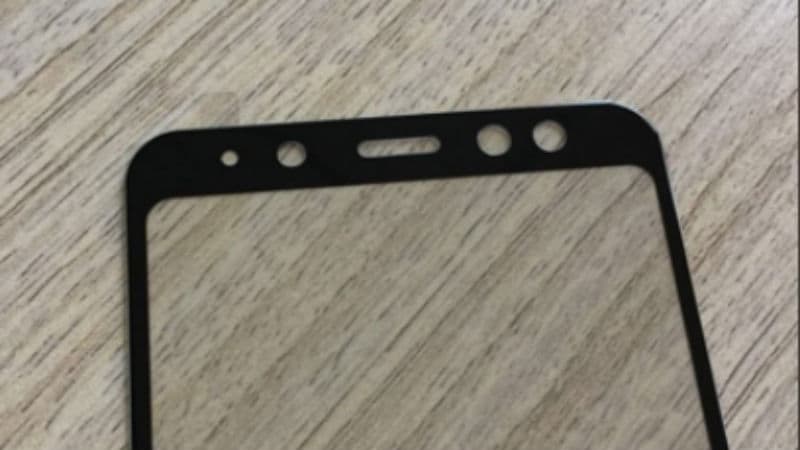 The front panel of the unannounced Samsung Galaxy A8 (2018) has been spotted in few renders that suggest its minimal bezels as well as two camera sensors on the front to capture compelling selfies.

The leaked front panel, courtesy GizChina, shows two circular cutouts that point to a dual-selfie camera setup on the Galaxy A8 (2018). Interestingly, companies like Asus and Lenovo opted for two front-facing camera sensors in the recent past, but Samsung hasn’t yet brought any such hardware tweak. The South Korean company did unveil the Galaxy Note 8 (review) with a dual rear camera setup earlier this year and brought the Galaxy J+ as an affordable dual-camera smartphone back in September.

In addition to the dual selfie camera, the leaked panel of the Galaxy A8 (2018) apparently suggests thin bezels on the left and right of its display. The panel doesn’t look curved, unlike some of the recent bezel-less smartphones. However, the actual shape of the frontal view would be visible only on the handset – not through the surfaced glass panel.

Considering some historical records, Samsung is expected to unveil its new Galaxy A range, including the Galaxy A5 (2018), Galaxy A7 (2018), the Galaxy A8 (2018), in January. The new lineup is also likely to be showcased at Consumer Electronics Show (CES) with a dedicated Bixby Voice button, similar to the Galaxy S8 flagship.